Ever since the #MeToo movement hit the news, I began to think about my story. My first memory linking me to this movement is from when I was four years old. Although, I had been told it began before I was one. A female babysitter experimented with me while I was in her care. She was young herself, and told my mom after just a few questions. Before my first birthday I joined an enormous group of women, men, and children, who have been victimized sexually at the hands of another.

I wasn’t even 365 days old yet. And that’s when it started. Started…just began. Oh, there’s more…more than I can probably remember. My #MeToo just became #MeTooManyToCount. I know I am not alone. I know there are many others who have been victimized and re-victimized, by one or several. The number of people who cannot add the #MeToo hashtag is so much smaller than the ones who can; they just are not all ready to share.

At four years old, an older boy, who has his own #MeToo story, again, used me to experiment with. We were naked. He tried to have sex with me….and he just might have, but I was four and didn’t know what sex was. I never told. I did not want him to get in trouble, because if I told, they probably would have killed him.

At five a neighbor boy, only a couple years older than me made me take my pants down while he tried to have sex with me. Two older boys were watching. They did not try to help. They watched, and later told me they would tell my mom on me for being a whore. I was five.

At six the sexual abuse by my mom’s then boyfriend began. My mom was present for almost all of the abuse. I was reprimanded for being a dirty girl and letting him touch me. When I threatened to tell, I was told that I would go to jail, so I kept the secret safe. This abuse lasted for about three years, although the constant innuendos and sexual remarks never stopped.

At twelve the sexual abuse from the same man started again when I began to develop breasts. Every time I walked past him, he would reach out and touch them, or pinch them with some sort of comment to follow. I hated every part of it, but it was the norm in the household. He would touch my breasts and I would try to hide my chest all while my mom was watching.

At fourteen I finally told someone about the sexual abuse that I had been experiencing. The secret that I held close for eight years was finally released and I was put in foster care. When my mom was able to talk to me again after being removed from the home, she asked me to “recant” my story and blame the abuse on my dead father–the only man that never touched me in those ways. She told me that if I did not lie, it would be my fault if my then seven-year old sister was taken away and put in foster care. I did it. After a lot of convincing, I did what she asked to try to protect my sister with the hope to be able to return home as well. She got to stay, but I had to remain in foster care.

While this was happening, the only thing in my life that made sense was English class. I put all of my feelings and emotions into words and wrote until I couldn’t write any more. I arrived to class early each day, because I looked forward to the praise I received from my teacher. He told me how proud he was of my effort, and how beautifully I wrote. Approval was the one thing I could not get enough of.

One morning as I took my seat in class, the student teacher was the only one in the room. I instantly felt uncomfortable and thought of ways I could leave until the others arrived. The desire to leave left me paralyzed in my seat. He walked over to my desk, his groin level with my desk and he pressed himself into my face. I shrank back into my seat as I waited for him to leave, but he didn’t. I was relieved when another student walked in and he scattered away from my desk. The power he held over me was not something I was unfamiliar with, and maybe what all of the above perpetrators had in common.

At nineteen, I began working in a machine shop full of men. My best friend and I were the only two women on the shop floor at that time. At first it felt nice to get the special attention, but that faded quickly when the unwanted touching and comments filled most days. The fun place to go turned into a place that I dreaded.

My smile and quite demeanor made me an easy target; if there is such a thing. The unwanted sexual contact made sex confusing. I began to think the only thing I was worth was sex. My image of myself was distorted. If I could not make guys look at me, or turn their heads when I walked by, I felt worthless. If I wasn’t getting attention I felt ugly, and if I was getting attention I wanted to feel ugly, so I would let my weight get out of control. It was a constant, confusing battle.

“You’re too ugly to make anyone love you.”

“Why are you such a whore?”

“He thinks you are pretty…I like how that feels.”

“He thinks you are pretty…make him stop looking at me.”

The battle of negative self-talk turned all my thoughts into hateful ones. 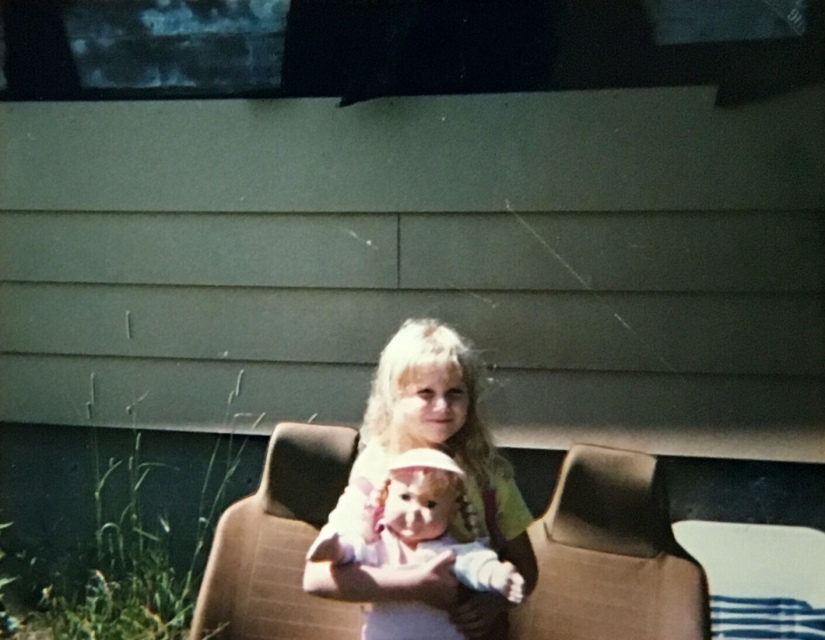 There is power in numbers. Together, we have the courage to tell our secrets and the strength to learn to love ourselves, to see ourselves as the truly beautiful women we are. From the inside out. You don’t have to suffer in silence. Our voices are changing the world. We will overcome, and we will rise above it all.

Jessica Aiken-Hall is the author of The Monster That Ate My Mommy, A Memoir. She lives in New Hampshire with her three children, three dogs and husband. Aiken-Hall is a graduate of Springfield College, with a Master’s Degree in Mental Health Counseling. She is a Reiki Master, focusing her attention on healing. As a social worker, she uses her life experience to help others in their time of need. She is also a certified end of life doula. Jessica was a guest on the Dr. Phil show, where she discussed some of her story. View all posts by Jessica Aiken-Hall