As I wrote The Monster That Ate My Mommy, I never thought past the end of the last page. I had dreamed of holding my book since before I could even spell my name. The excitement of finally being finished with the pain that filled the pages was all that I could think about. A final product that I could hold in my hands. A book. My book, would have pages for me to turn. I made it happen; I did the impossible. The excitement of my accomplishment filled me with pride.

I wanted my book released in October, for Domestic Violence Awareness month, but someone, something wanted it released earlier. September 8, 2017, The Monster That Ate My Mommy went live. There was no time to mentally prepare for the thoughts that followed. My story was now available to anyone. There were no more secrets. No more hiding.

Now what? What do authors do next? I thought authors just wrote books, told stories. I was shocked to learn what is involved with the title of author. Self-promoting. I am just learning to like myself, how am I going to self-promote? “I wrote a book…about my life…” How do you promote that?

I joined groups on Facebook and researched the next steps. As I entered the indie author groups, anxiety flooded me when I read about book launch parties, readings and signings.

I had never thought that I would have to face the world after bearing my soul. I shared my deepest, darkest secrets…but not in whispers…in print…to be immortalized. Immortalized. When the thoughts began to swirl around in my head, sweat beaded on my forehead, and I struggled to swallow the panic. The room started to spin, and slowly turned dark. What had I done?

After a few days of sadness, people who read my story sent me messages with stories of how my book helped them. I was receiving reviews from readers, some from people I had never spoken to before, thanking me for sharing my story. My demons I spent so much energy protecting for so long were now free, and they were helping others. The pain they had caused me was for something, and I remembered why I wanted to write my memoir in the first place.

After the initial fear of speaking in front of people, I began to plan. The first venue I wanted to use was a place of great meaning to me, but I was turned down because I am self-published. I contacted another place and was welcomed with gracious, open arms. Catamount Arts was available on October 20th, a date close to my heart; Tom Petty’s birthday and the anniversary of my protection order. I also wanted to share the event with someone, who came into my life at the right time, and helped me see that I deserved to be happy and safe. Mary-Elizabeth Briscoe had just published her memoir, The First Signs of April three days before mine “self-published.” She was available, and things were aligning perfectly.

I chose passages to read for the event. I read and reread them to myself and out loud. I read them so much, I didn’t want to hear those words again. Two emotionally charged pieces, and a lighter, hopeful one, with Tom Petty as the star. On October 2nd, that happy, hopeful piece brought me to tears after the news of Tom Petty’s passing. I put the book away and grieved the loss of my idol. After some time, I picked it back up and tried again. Tears fell as soon as I saw his name on the page. How was I ever going to get through this now?

The days were running out, just a week before the event, Amy Ash Nixon of the Caledonian-Record connected with me for an interview for Domestic Violence Awareness month. The title of the article; “I Won’t Back Down: A Domestic Violence Survivor Finds Courage.” The title reminded me that I had to continue on, even if it hurt, I had to keep going. The event went on as planned.

I stood in front of thirty people as my body trembled, and every spec of moisture left my mouth. I took a deep breath and grounded myself with Reiki as I began. I honored and remembered three women who lost their lives to domestic violence just this past summer and I started to read. My voice echoed my story throughout the room as I swallowed the tears that rose to the surface.

In the middle of my second reading, I noticed a man enter the room. From the corner of my eye I saw my high school English teacher and I continued to read. When I finished that piece I looked up to focus in on the new guest. Not my former teacher, but instead, my former step-father. Bill. I tried to block his presence and continued on. He was not stealing this from me, he would never again be allowed to steal anything from me. As I read my last section, about Tom Petty and finding my strength and courage, I looked up at him, and saw that he smiled and nodded at me.

Bill had not come to cause me harm, he had come to take pride in my accomplishment. He was taking credit for who I had become. In that moment I saw him for the sick individual he is. He lives in an alternate reality, where the abuse he caused is forgotten, and the years of my life he stole from me are erased. I do not live in his world, and I am relieved that my fear of him is replaced with sadness. A part of me felt sorry for him. As with all the others who have hurt me, I forgive him. I let go of the pain he caused me to be free from his grip. I forgive, but I will never forget.

Bill was asked to leave before he had a chance to speak to me. He was not given the chance to celebrate with me, or for me. He is not part of my circle, my circle is now filled with people who love me, and continue to build me up, and replace the pieces stolen from me from people like Bill.

Thank you to all who were able to attend, who sent messages of encouragement and support, and for the people who held me close in thought for the night. Sharing personal details of my life is scary at times, but I know it is helping people. The messages and reviews I receive help me know I did the right thing. I will never again hide behind fear. Together we can help fight the evils of the world.

With gratitude and love.

To Purchase or Review The Monster That Ate My Mommy 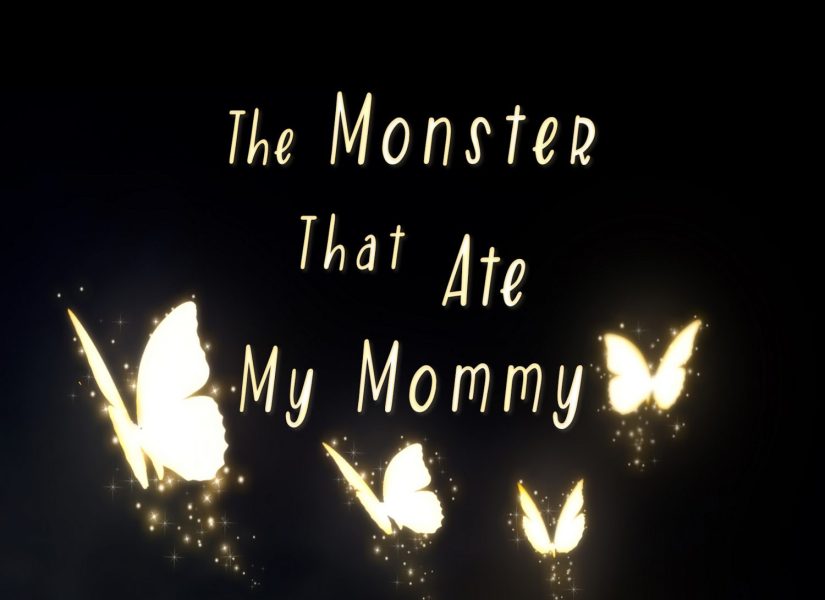